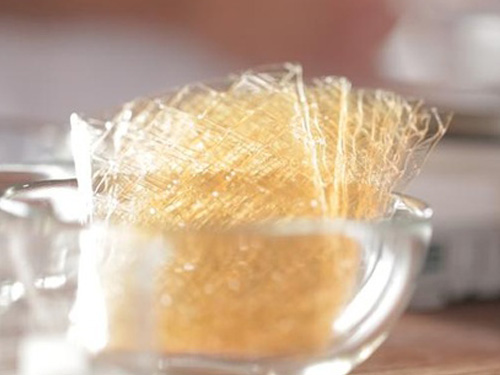 Coating gelatin on the surface of food has the following advantages:

In food production, gelatin can also be used to make cakes and various icings. Due to the stability of gelatin, this sugar coating will not penetrate into the cake when the liquid phase increases even in hot weather. And it can also control the size of sugar crystals.

In food packaging, gelatin can be synthesized into gelatin film.

As a leading edible gelatin manufacturer, Foodmate always offer the quality to the customers all over the world. Also, a edible supplier from china, our customers are coming from over 80 countries.

Contact us for more information on Technical Support, Free samples, FOB Price, etc. You will be replied within one day.